Post-Traumatic Stress Disorder (PTSD) is a life-altering psychological illness in which a person has difficulty recovering after experiencing a traumatic event or event(s). PTSD may last months or years, and “triggers” events can bring back memories of the trauma, giving rise to intense emotional and physical reactions.

While PTSD is most commonly associated with soldiers who have experienced war, new studies show that PTSD is almost as common in prison employees as it is in veterans.

Prison employees suffer from PTSD at a rate comparable to that of Iraq and Afghanistan war veterans – and even higher than that of police officers – according to a study published in the American Journal of Industrial Medicine.

In that clinical study, by researchers at Washington State University and the University of Alabama-Birmingham, 355 members of the Washington State Department of Corrections Employees union participated in a survey. This included prison guards, counselors, medical practitioners, and other prison personnel.

According to the study, 19% of the prison workers in the survey fulfilled the criteria for a PTSD diagnosis. This is a proportion that is six times higher than that of PTSD in the general population.

In contrast, the study stated that roughly 11 to 20% of Iraq and Afghanistan war veterans are believed to suffer from PTSD.

The researchers said in their study concluded that the violent and chaotic character of prison labor has been shown to have a detrimental effect on prison staff physical health, mental health, sleep, personal life, and overall wellness.

As any prison worker knows, their work conditions routinely include irregular and lengthy work hours, unclear job duties, and difficult and hostile workplace encounters with prisoners that include violence, trauma, and threats to their personal safety.

Other Studies on PTSD in Prison Workers

Sadly, despite these well-established issues, the incidence, causes, and treatment of PTSD among prison workers has received little attention.

Although research on PTSD among correctional personnel is still uncommon, this is not the first study to examine the problem. A 2013 study by Desert Waters Correctional Outreach, focused just on prison guards (not other prison personnel). According to that study, 31% of the correctional facility guards in the studied suffered from PTSD.

But sadly, as is the case with war veterans, shame and stigma and even misunderstanding of PTSD often discourages correctional officers and other prison personnel from seeking treatment for PTSD and other mental health issues.

The VA also offers a downloadable App that is free for anyone (not just veterans) Called PTSD Coach that include reliable information on PTSD and treatments that work and direct links to support and help. You can download the PTSD Coach App HERE: https://www.ptsd.va.gov/appvid/mobile/ptsdcoach_app.asp

Benefits When You Can’t Work Due to PTSD

PTSD is a disability that can prevent prison workers, and others, from being able to work. When this is the case, the prison worker may qualify for Workers Compensation. In addition to wage replacement, workers comp must pay for any medical treatment you need for your work related injury – including psychological treatment for PTSD.

If you are one of the many prison guards, counselors, medical practitioners, or other prison personnel suffering from the tragedy of PTSD you do not have to suffer in silence. Our experienced Workers Compensation, Social Security Disability and Disability Retirement attorneys specialize in obtaining every benefit for which you qualify.

We are here to answer your questions, and help you understand which benefits for which you are eligible. Then we will fight tirelessly to ensure that you receive every penny you deserve, as well as the treatment you need for your PTSD.

The rules, laws or regulations governing disability retirement vary from system to system. If you have question about your specific public employee retirement system, find your system, below – or call our attorneys at: 562-622-4800 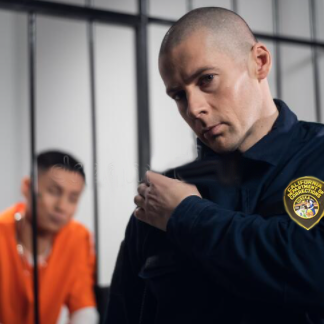 Thank You for Visiting Our Disability Retirement Blog!

BACK TO ALL ARTICLES