A new California law was signed into effect by Governor Newsom to make it easier for first responders to obtain workers’ comp for PTSD. Late in 2020 Gavin Newsom signed Senate Bill 542whic creates a “rebuttable presumption” that a mental health issues suffered by first responder are an occupational injury.

In this article the experienced California workers comp attorneys at Cantrell Green discuss what this new law means for first responders who are experiencing PTSD.

When most people think of post-traumatic stress disorder or “PTSD” (also called post-traumatic stress injury), soldiers who have been in war are usually their first thought. But, people can develop PTSD after many other kinds of psychological trauma as well. And perhaps in no other profession are workers subject to incomprehensible psychological trauma in a continual basis than firefighters, police officers and EMTs.

Sadly, massive deadly wildfires, the increase in mass shootings, intensifying civil unrest, and the horrors of the pandemic have pushed many brave and dedicate first responders beyond the human breaking point.

Yet, older California laws made collecting workers comp benefits for PTSD a nightmare for all employees – including firefighters, law enforcement and medical personnel.

In most cases, PTSD is referred to in workers’ comp terms as a “mental-mental” claim – meaning that it exists even when there is no physical injury component. In other words, PTSD is a purely mental health problem that develops as a result of psychological conditions in the workplace.

Fortunately, California is among the few more progressive states that ALLOW workers comp claims for psychological conditions caused by stress at work, even if it’s gradual stress and/or not an unusual level of stress for the job.

But thanks to the new law California firefighters and first responders do not have to “prove” this.

The New Presumption of Work-Related PTSD

The California Association of Highway Patrolmen and California Professional Firefighters were co-sponsors of the new bill, which was authored by Democratic state Sen. Henry Stern, from Canoga Park. This legislation was also supported by a broad network of police and firefighter unions, as well as a coalition of mental health organizations and advocates across California.

“Every day, we ask firefighters and law enforcement officers to run into flames and gunfire — but too often, when the weight of these traumas becomes too much for these heroes to bear, we turn a blind eye to their struggles,” said the bill’s author, democratic state Sen. Henry Stern “Today, California is making clear that post-traumatic stress is not a disorder to be stigmatized. These injuries can be healed.”

Under the new law, if a first responded has a diagnosis of PTSD from a psychiatric medical professional it is now “presumed” that the PTSD was the result of their employment – and therefore qualifies them for workers compensation. This is a huge difference, because it eliminates the requirement that the worker somehow “prove” that their PTSD was more than 50% work related.

Hiring an Attorney for Workers Comp for First Responder PTSD

Without this extra “burden of proof” it should now be easier for firefighters and law enforcement to collect workers comp in PTSD cases.

However, keep in mind that workers comp is not “automatically” granted for first responders with PTSD. Additionally, a psychologist or psychiatrist must diagnose the traumatized healthcare worker as having PTSD – as well as provide sufficient documentation to ensure workers comp approval.

If a worker’s comp claim is denied, or the claimant is unsure how to proceed, or if he or she is too unwell to navigate the workers comp system, it is important for them to hire an experienced attorney.

Cantrell Green is a highly experienced California workers compensation law firm that has been protecting first responders’ legal rights for almost 50 years. If you are a firefighter or police officer who has experienced trauma on the job that caused PTSD, our attorneys can help you to know your rights and receive the compensation and benefits that you deserve.

Your consultation with a workers’ comp attorney is 100% confidential, and neither your employer nor your insurance company will be notified that you requested a consultation with us. Our attorneys admire and appreciate your sacrifice and dedication as first responders, and we will work tirelessly to ensure that you receive the maximum workers’ comp benefits for which you qualify. 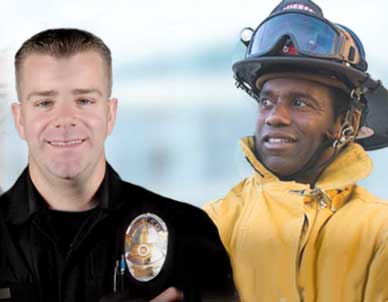 Thank You for Visiting Our Disability Retirement Blog!